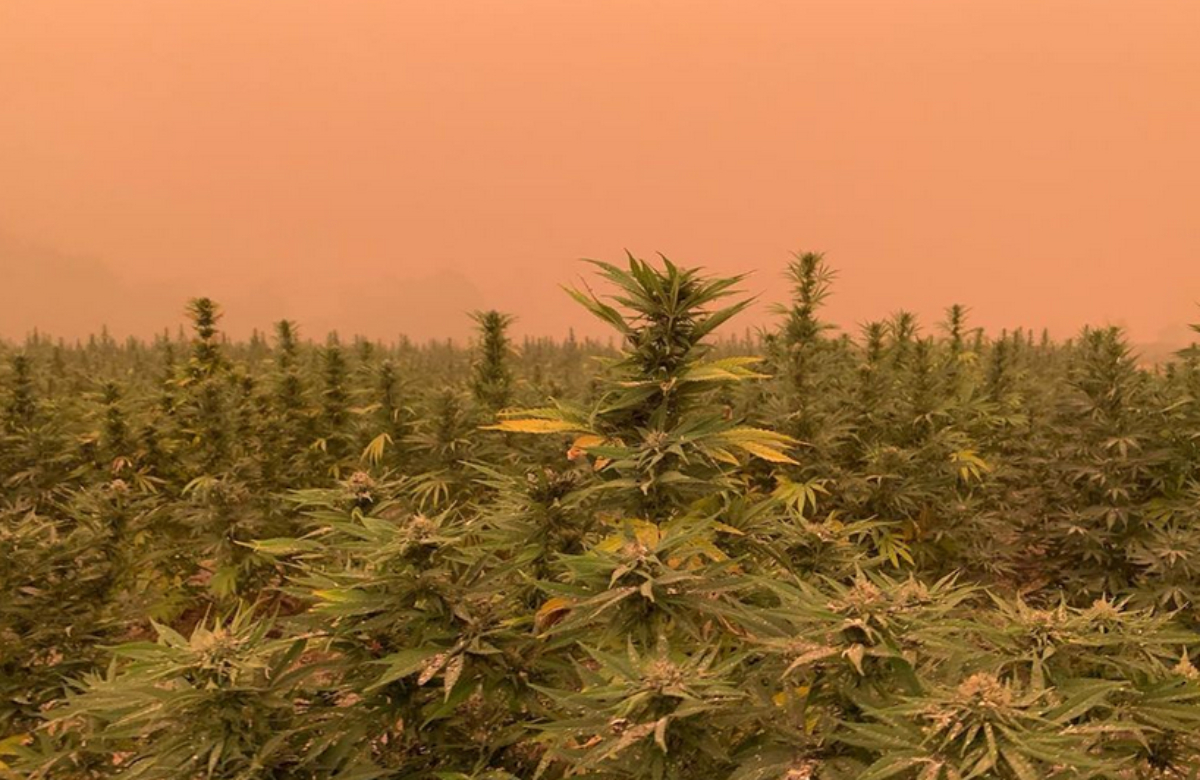 A version of this story first appeared at Marijuana Business Daily.

Preliminary data out of Oregon suggests that industrial hemp crops may have been spared major damage from the West Coast wildfires that blazed across California, Oregon and Washington and endangered outdoor cannabis operations last year.

According to research by FSOil and Iverson Family Farms published in late November, hemp plants grown within as little as 8 miles of a wildfire were still found mostly free of contaminants and safe for human consumption.

The aim of the companies’ internal studies was to examine the impact of contaminants potentially contained in smoke and ash on hemp flower and extracted CBD oil.

“Our results show that hemp grown within as close as 8-10 miles of the Beachie Creek Forest fire remains safe,” FSOil and Iverson Family Farms said. “We know this is something that is being reviewed and tested along the west coast and new data will arise based on what precisely burned in proximity to specific farms.”

The results corroborate what the majority of cannabis cultivators in all three West Coast states have said: that their crops were relatively unaffected by smoke and ash, and that they didn’t anticipate a rash of testing-lab failures or product shortages.

Several sources attributed that to the fact the fires mostly hit trees and vegetation, not structures, since buildings that burn usually produce more chemical-laden smoke and ash.

The fumes caused minimal damage to crops planted at a certain distance from the wildfires, but California-based Indus Holdings is one of the grow operations in closer proximity that have been forced to confront the fiscal fallout from the blazes.

The vertically integrated company – which trades on the Canadian Securities Exchange under the ticker symbol INDS and on over-the-counter markets as INDXF – disclosed in a December regulatory filing that its greenhouse operations on the central California coast were significantly impacted by the fires and quarterly revenue could shrink by up to $4.5 million because of lower harvest yields caused by “plant stress.”

According to the Dec. 11 filing with Canadian securities regulators, Indus “is expecting lower harvest yields than the previous quarter due to plant stress experienced from sealing greenhouses to prevent poor air quality from entering due to wildfires in California that occurred in late summer, early fall 2020.”

“While our facilities were spared any direct damage from fire, we suffered material crop-loss from the damage caused from stress on our plants due to the excessive temperatures at the time,” Indus board Chair George Allen wrote in an emailed statement.

That led to a company projection of a downturn in revenues for the fourth quarter of 2020, from an expected $14 million to between $9.5 million and $11.5 million.

Indus isn’t the only company to take a serious hit from the fires: a handful of marijuana farmers in Northern California saw their facilities burn to the ground.

Overall, though, most of the cannabis industry dodged a bullet from the massive fires.

“For how big the fires were and how long they lasted and the scale of them, I think our industry came out pretty lucky,” said Alexa Wall, a board member of the Sonoma County Growers Alliance in Northern California.

“I wouldn’t say fully unscathed but not nearly as detrimental as some people were thinking it would be.”

Wall, who is also an outdoor cannabis farmer and CEO of Luma California, said she knew four farms in Sonoma that burned down, but that most farmers’ fears of fire-related-contamination that would cause lab-testing failures haven’t come to pass.

In Washington state, despite a rash of dangerous wildfires, the biggest impacts to most cannabis farms were delays in product deliveries to retail stores, said Crystal Oliver, executive director of the Washington Sungrowers Industry Association.

“A lot of our farmers are located on the eastern part of the state … so we did see some road closures during the peak of that fire season because of smoke,” Oliver said.

“So I know some deliveries were delayed, but that was probably the biggest impact we saw.”

Joey Espinoza, a consultant based in Salinas, California – near Indus’ 225,000-square-foot greenhouse – said he hasn’t heard of any growers other than Indus that suffered an immense impact.

For him, the takeaway from the 2020 blazes – as well as wildfires in years past – are a reminder that operators need to be prepared for such natural disasters.

“‘Oh, I can contact the (Bureau of Cannabis Control) and find a legal way to move my product off-site? I didn’t know I could do that,’ ” Espinoza, noted, saying such a realization was a surprise for many operators who scrambled to protect their inventory from the fires.

“It seems like every year is worse and worse with California fires. It’s like a way of life here,” he said. “People in Oklahoma have tornadoes, and we have wildfires.

“People just need to be more prepared, especially if you’re in one of those regions that get hit all the time. You need to have some sort of preparation and an SOP – if the fires hit, what do you do?”

John Schroyer can be reached at [email protected]