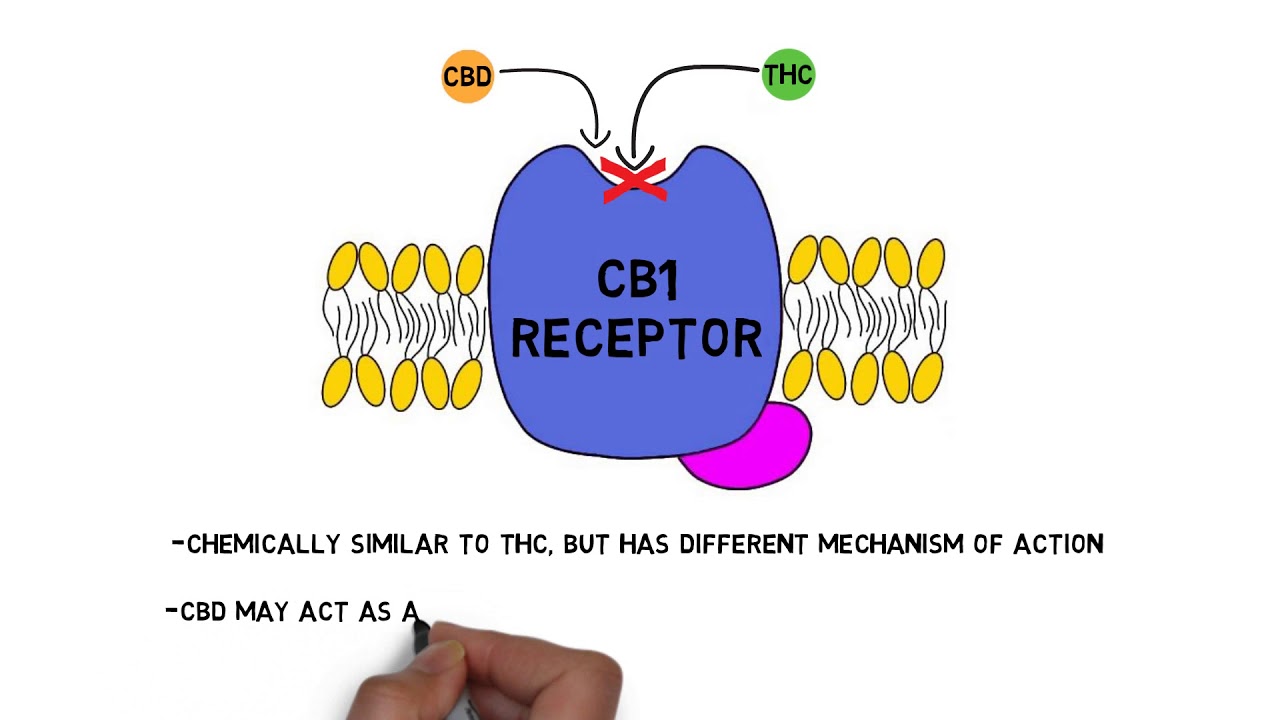 Ads by Amazon
Share on Facebook
Share on Twitter
Share on Pinterest
Share on LinkedIn
CBD is one of a class of compounds known as cannabinoids, which are found in the cannabis plant. Unlike THC (the main psychoactive component of cannabis), CBD is not thought to have intoxicating effects. It is, however, believed to interact with the nervous system. In this video, I discuss what we know about CBD’s mechanism of action and its potential in treating various conditions like epilepsy and anxiety.

CBD is one of a class of compounds known as cannabinoids, which are found in the cannabis plant. Unlike THC (the main psychoactive component of cannabis) CBD is not thought to have intoxicating effects. It is, however, believed to interact with the nervous system, which may enable it to modulate the effects of thc as well as have actions of its own.

CBD is chemically similar to THC, but it does not have the same mechanism of action, and some evidence suggests it may even interfere with some of the actions of THC. One way it may do this is by binding to receptors that THC binds to known as CB1 receptors, but instead of activating them, causing a change in the receptor that reduces THC’s ability to interact with it. This type of effect is known as negative allosteric modulation, and it may enable CBD to mitigate some of the adverse effects of THC, like anxiety. Other research, however, suggests CBD can enhance certain effects of THC, and CBD is also thought to act at a number of other targets besides the CB1 receptor. For example, CBD is believed to activate serotonin receptors and may increase levels of a natural cannabinoid called anandamide by blocking anandamide reuptake and inhibiting the enzymatic breakdown of anandamide. Overall, although a number of targets for CBD have been identified, its mechanism of action is still poorly understood.

CBD is generally well-tolerated, but some have raised concerns about the need for more research before we can be confident about its safety in all populations. CBD, however, is not thought to have potential for abuse, and some believe it does have potential for treating a number of conditions, like anxiety, insomnia, and pain. But most of these claims don’t yet have strong evidence to support them, and more research is needed, although CBD has been found to be a viable treatment for at least some types of epilepsy.

Special thanks to Srikar Gade for help with fact-checking this video.