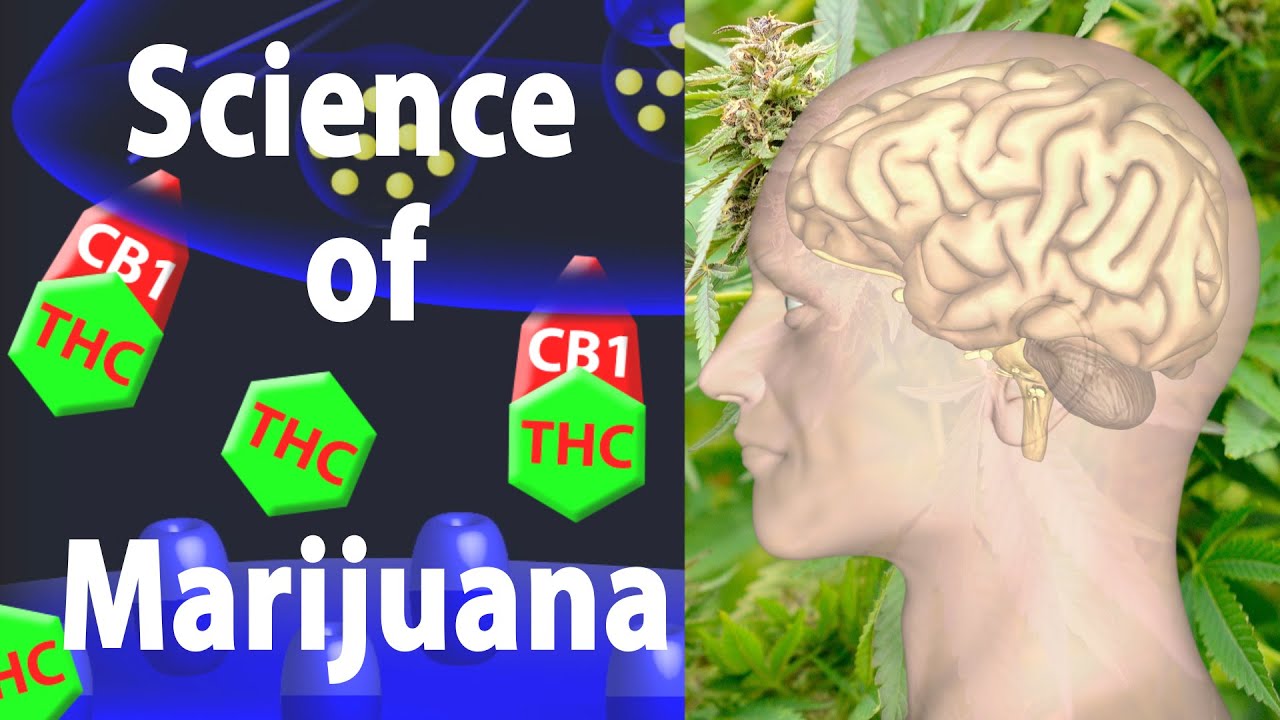 Ads by Amazon
Share on Facebook
Share on Twitter
Share on Pinterest
Share on LinkedIn
The Science behind Marijuana (Cannabis), Marijuana mechanism of action. Source of information: National Institute on Drug Abuse; National Institutes of Health; U.S. Department of Health and Human Services: https://www.drugabuse.gov/publications/drugfacts/marijuana
This video is available for instant download licensing here : part 1: https://www.alilamedicalmedia.com/-/galleries/narrated-videos-by-topics/addiction-science/-/medias/98d30d6c-5c25-4c74-a4dc-bebd3a100008-marijuana-effects-on-brain-narrated-part-1
part 2: https://www.alilamedicalmedia.com/-/galleries/narrated-videos-by-topics/addiction-science/-/medias/e3358e83-9b06-4aab-aff1-bdae60f19771-marijuana-effects-on-brain-narrated-part-2
Voice by: Sue Stern
Animation ©Alila Medical Media. All rights reserved.
Support us on Patreon and get FREE downloads and other great rewards: patreon.com/AlilaMedicalMedia
Marijuana, also known as cannabis, among other names, is a preparation of the Cannabis sativa plant – the hemp plant, intended for recreational and medicinal uses.
The main psychoactive chemical in marijuana is delta-9-tetrahydro-cannabinol, or THC. The Cannabis plant preparation also contains other compounds that are chemically related to THC, called cannabinoids.
THC is chemically similar to a class of substances found naturally in our nervous system called endogenous cannabinoids, or endocannabinoids, of which anandamide is best known so far. The endocannabinoids are part of a newly discovered system named the Endocannabinoid system, or ECS.
How the ECS works
The ECS acts as a modulator of neurotransmission.
When the postsynaptic neuron is activated, endocannabinoids are produced, released, and travel back to the presynaptic neuron where they activate cannabinoid receptors. By doing so, they control what happens next when the presynaptic cell is again stimulated. The general effect is a decrease in the release of neurotransmitters such as GABA or glutamate. In other words, the ECS acts as a “brake”, slowing down neuronal activities, preventing neurons from excessive firing.
Some examples of ECS functions include:
– Pain modulation: cannabinoids suppress pain signal processing, producing pain relief effects.
– Stress and anxiety reduction: The ECS has been implicated in the habituation the body’s response to repeated exposure to restraint stress.
– Mood regulation: the ECS promotes “good feeling” by inducing dopamine release in the brain reward pathway. This explains the euphoria, or the “high”, experienced by marijuana users. THC mode of action is however different from other drugs: it induces dopamine release INDIRECTLY by removing inhibitory action of GABA on dopaminergic neurons.
The ECS is also involved in many more bodily activities, including appetite, memory, learning, sleeping patterns, immune functions and fertility.
So how can marijuana be harmful if it does exactly what our body already does to itself?
The endocannabinoids are short-acting transmitter substances. They are synthesized on demand and their signaling is rapidly terminated by specific enzymes. Marijuana users consume a much higher amount of THC. THC is also much more stable and can persist in the body for a longer period of time.
THC overwhelms the EC system, overriding normal brain functions. Because cannabinoid receptors are present in many parts of the brain and body, the effects of THC are wide-ranging. It can slow down a person’s reaction time, which could impair driving or athletic skills; disrupt short-term memory and higher thought processes, which could affect learning capabilities and judgment ability. Higher doses of THC may also lead to reverse effects. Consuming marijuana by smoking may also damage the lungs to a similar extent as smoking cigarettes.
Long – term effects of THC
Substantial evidence from animal research indicates that marijuana exposure can cause long-term adverse changes in the brain. Long-term effects of marijuana in human are still debatable mostly due to difficulties of conducting research in human beings.
Medical uses of marijuana
While recreational use of marijuana is without doubt harmful, the Cannabis plant may be a valuable source of medicines. Currently, the two main cannabinoids from the marijuana plant that are of medical interest are THC and cannabidiol, or CBD. These chemicals are used to increase appetite and reduce nausea in patients undergoing cancer chemotherapy. They may also be useful in reducing pain and inflammation, controlling epileptic seizures, and possibly even treating autoimmune diseases and cancers.
Share on Facebook
Share on Twitter
Share on Pinterest
Share on LinkedIn