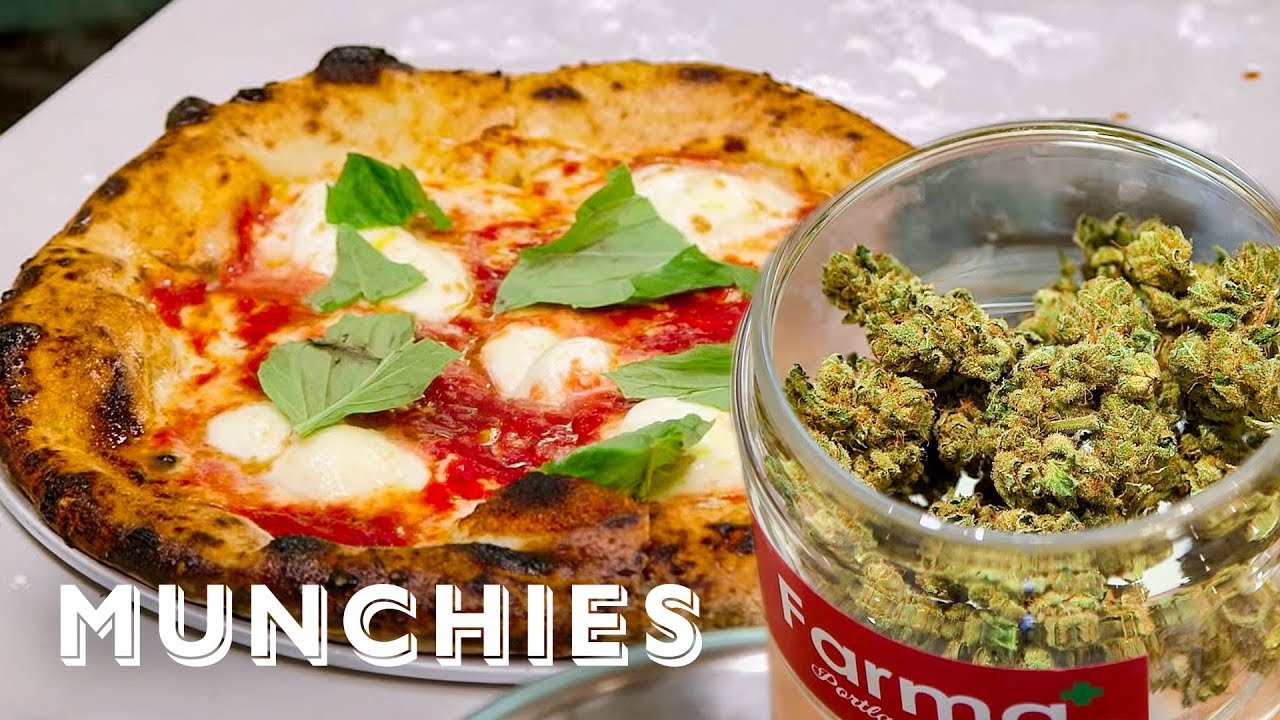 Ads by Amazon
Share on Facebook
Share on Twitter
Share on Pinterest
Share on LinkedIn
What’s better than weed and pizza? Weed on pizza. In this 420 episode of Bong Appetit, Abdullah heads to Portland, Oregon to attend the second Puff Puff Pizza Party hosted by the good people of P.R.E.A.M. Pizza. He bonds over his love for pizza pie goodness with P.R.E.A.M. Pizza owner Nick Ford as they whip up some infused pizzas using some of Portland’s finest from Farma Cannabis Dispensary.

And because every decent party needs goodie bags, Abdullah pops over to visit Orlando Vega of Sour Bhotz and create his own army of infused sour gummy robots — at over 80mg of THC per Bhot, these little guys pack a punch. Back at the party, the guests chow down on a variety of infused pizzas and Abdullah hops on drums to impress the crowd with his mad stick skills. Pizza for all, and for all, a good night!

WATCH NEXT:
There Is No Pizza, Only Apizza: The Pizza Show – New Haven: http://bit.ly/1MXqLAZ