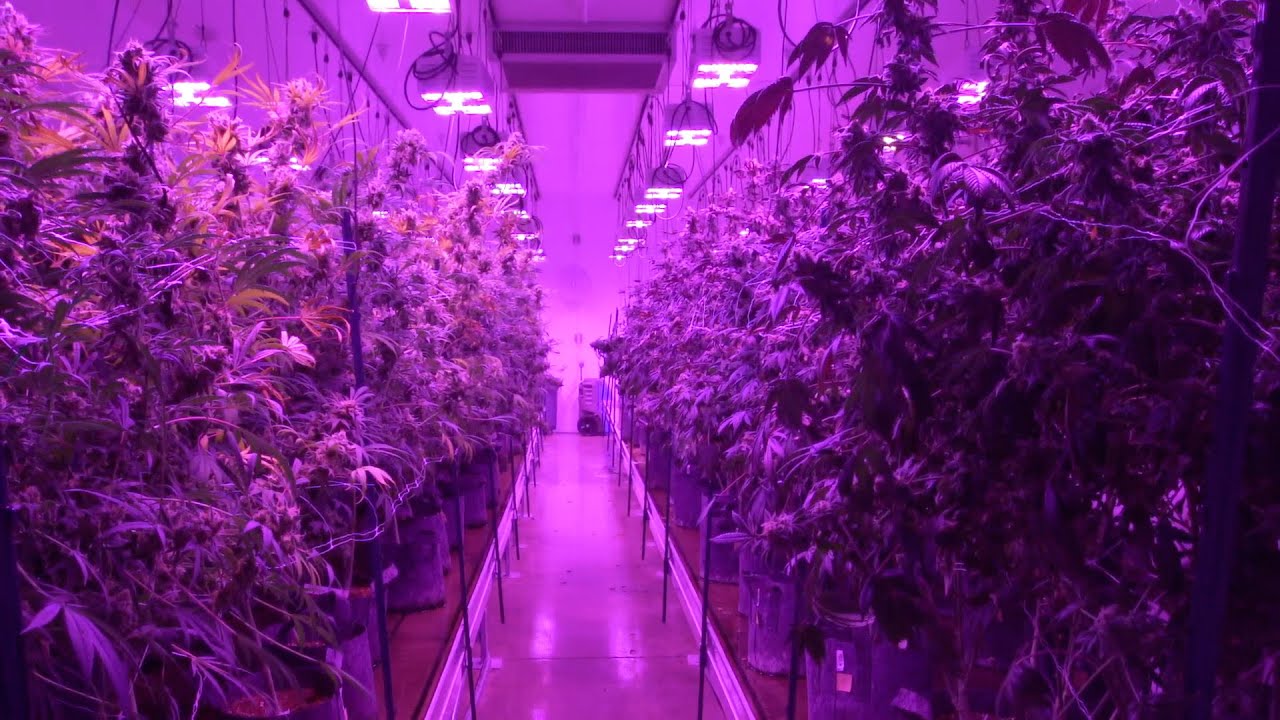 TRANSCRIPT:
My name is Sonny Newman and I’m the owner of Silver State Cultivation, Silver State Relief, here in Sparks, Nevada. A few years back when a good friend of mine Brian Sandoval, the governor of the state of Nevada, decided that he was going to sign cannabis to be legal for medical purposes, I decided that I was going to throw my hat in the ring and put together an application, submit it to the state of Nevada and this is what has happened two and a half years later.

We’re seeing the results we’re getting out of the LED. We’re ditching the HPS lights as fast as we possibly can; replenishing them with the LumiGrow LED lights. We’ve done harvest of just HPS rooms, LED rooms, hybrid rooms using both HPS and LED rooms and the yields are pretty close to being the same across the board in all the rooms. But we are noticing that the quality of the flower coming out of the LED rooms is way superior than the quality of flowers coming out of just the HPS rooms.

Currently we’re using the LumiGrow 650s, the high-voltage version. They require about 550 watts. Right there is a 45% savings just in the power alone of running the lights. Our THC levels are higher than anyone in the state. Our terpene levels in our flower are higher than anyone in the state and our numbers at our dispensary are proof that we are doing something right. It’s incredible.

In the beginning, our consultant and some of the pros that we had been talking to said that the cannabis consumers out there, whether it be medical or on a recreational level, they’re not ready for LED and that they can tell the difference of the flower by looking at it. That has not been the case whatsoever. We have never had one person come through our facility of over 5,000 customers a month we’re currently doing, that has said you guys are growing this product with LED or HPS. There’s never been a comment. We’ve been open for almost 9 months now.

My name is Daniel Hopper. I’m the cultivation manager here at Silver State Relief. I got my Ph.D. here at the University of Nevada – Reno in plant biochemistry.

Here at Silver State Relief we use a lot of LumiGrow Pro 650 lights in both the vegetative stage and the flowering stage and we’ve had great success with both. We’ve really shown here, in particular, that you can grow incredibly healthy, incredibly vigorous plants at any stage, even cutting.

We have some rooms that are full LED that are just dedicated to LED rooms. And we have some rooms that are checkerboard with half and half LED and HPS. Now that allowed us in the design phase to go with lower tonnage on our HVAC. Just to give you an example, we have forty LED lights and we’re using a 10-ton unit to control the heat load with those lights and the burners and all that sort of stuff. In comparison, we probably would have needed a 20-ton unit with the same number of high-pressure sodium lights.

That’s one of the big questions that everyone asks when they come in – what are your yields like? How do the yields compare to traditional high-pressure sodium. And obviously yield is going to depend a lot on the strain and things like that, but we’ve been able to do some comparisons between the full-LED and the full-HPS and the yields are either identical our greater in the LED rooms. Which is nice because we’re getting the same exact yield with about half of the wattage.

Another thing that we have noticed as well is that the terpene and cannabinoid profiles are higher in the full-LED compared to the full-HPS rooms. We’ve done a number of strains under both conditions and pretty consistently, we’ve found that we get better numbers yield wise and also with cannabinoid and terpene profiles under full-LEDs…